In this issue, we share secrets about the famous Ferrari in the movie, Ferris Bueller's Day Off.

Here's a handful of fast facts we bet you didn't know about the 1961 Ferrari featured, and destroyed in Ferris Bueller's Day Off. 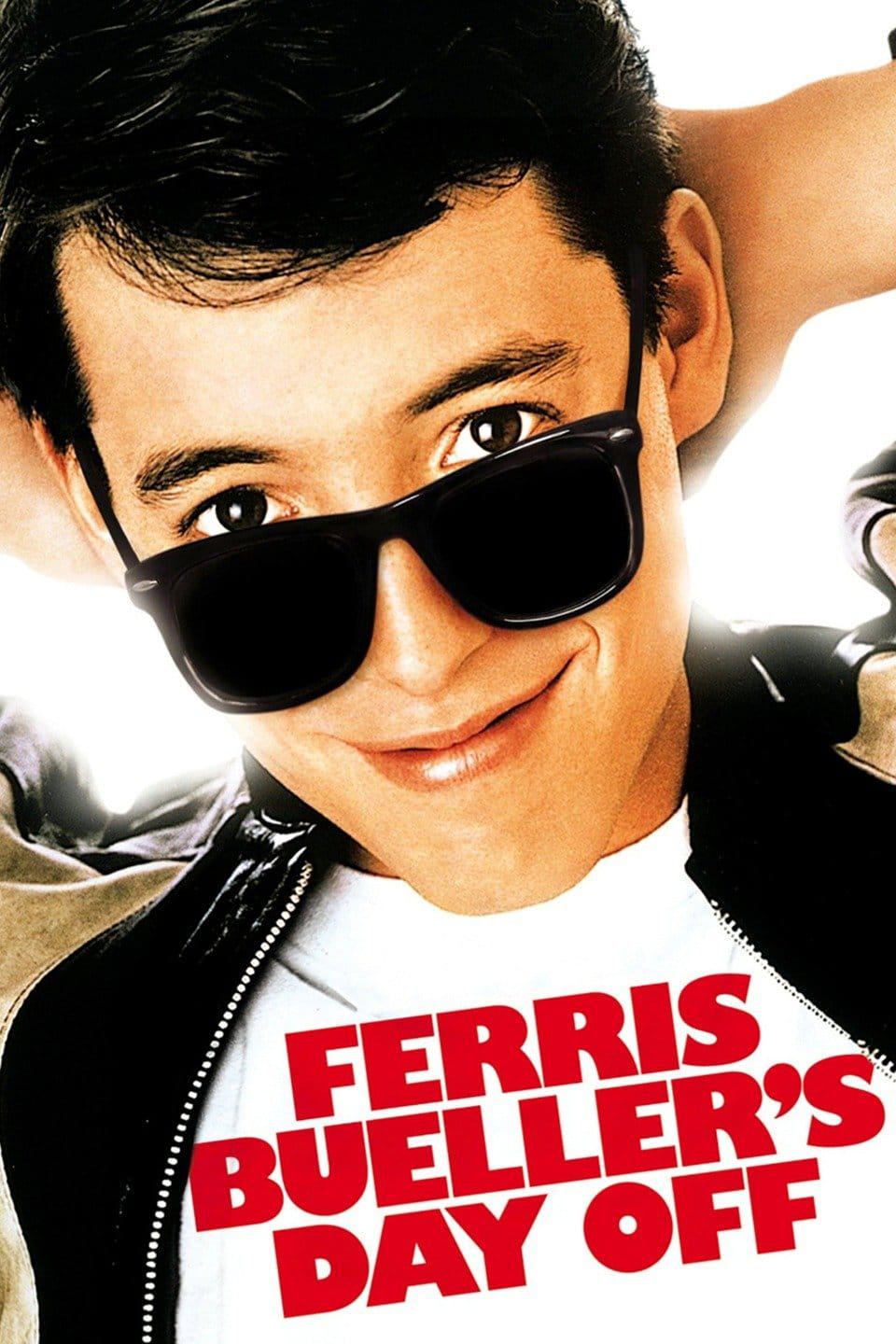 That signature red Ferrari Ferris and his buddies destroyed in the movie was actually a 1961 250 GT California Spyder convertible.
At the time of the movie that particular car was about $300,000 USD, and there were only 100 produced, AND the film’s director, John Hughes, needed three of them for the production.
So, the Ferrari(s) in the movie are replicas, masterfully created by Neil Glassmoyer and Mark Goyette at Modena Design.
Interestingly, when Hughes called Glassmoyer and Goyette, they hung up on him, thinking it was a prank call. Hughes then drove to Modena, checked out their Modena Spyder, and order three.
The three vehicles were significantly different “under the hood”, as one was designed for the general touring shots, the second was designed for the ‘jump’ scene, and the last, for the ‘destruction’ scene. 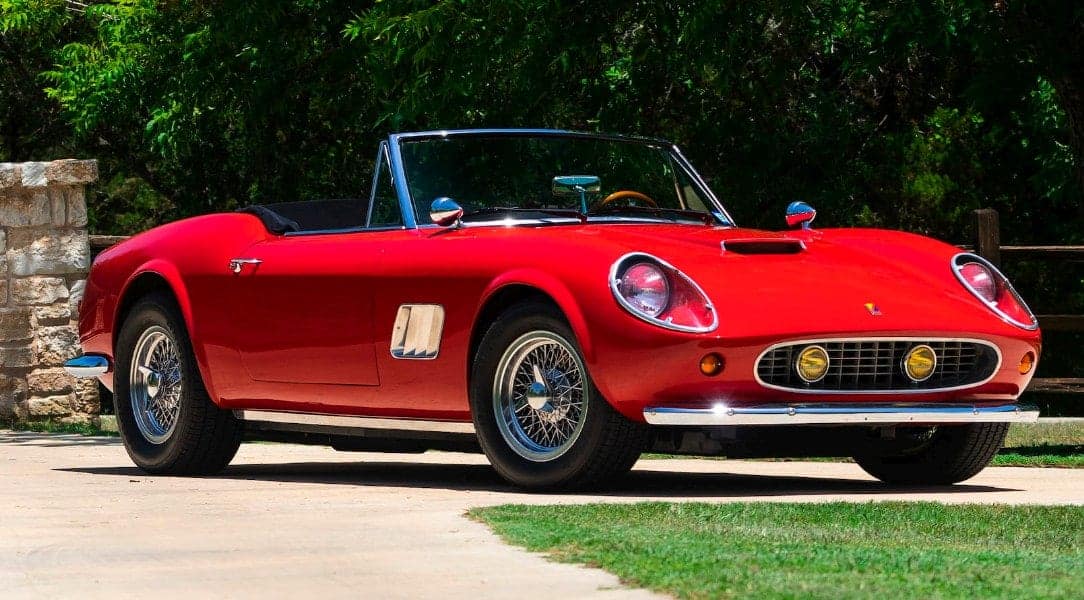 The first replica was a remarkable feat of engineering, with a 1963 FORD 289 CI V-8 with a C-4 automatic transmission. This driveable replica was created from the ground up to be a high-performance vehicle. It featured front and rear torsion bar suspension, as well as Ford Mustang A-arms in front, and a solid Ford Mustang rear axle. The windshield came from a Fiat Spider 124, and humorously, the tail lights from a VW Type 3. In the close-ups scenes in the cockpit, the speedometer was identified as being from a Jaguar E-Type.

The second replica, if you remember the movie, speeds down Greenview Street, while the Star Wars theme blares in the background until it gracefully goes airborne. The famous ‘jump’ damaged the replica significantly, since it took nine tries to get it right, but that was expected. Years later it turned up at an auction fully restored.
The final replica was a mere shell of it’s counterparts. This one rolled out of the glass case and plummeted to it’s demise… without an engine, or most of the interior. It was essentially a fiberglass shell. 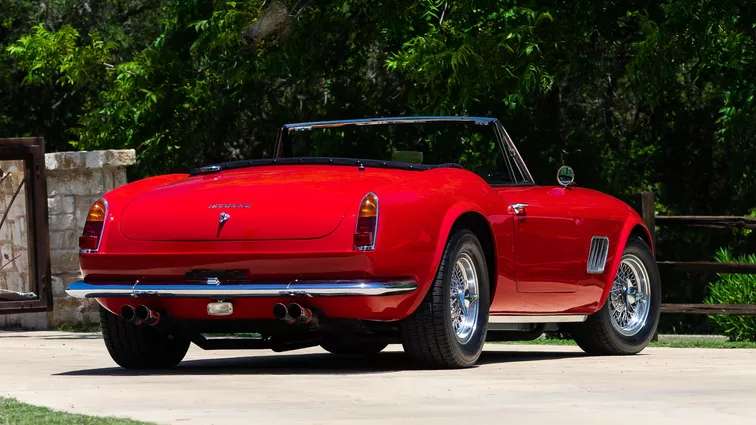 A few more interesting details about the vehicle, include the fact that it was supposed to be a Mercedes, but the director saw Modena’s knock-off in a magazine and he was sold. All three cars were built in four weeks, and had interchangable parts.
Director John Hughes notes in the DVD commentary, that the close-up shots were actually a rented 250GT.
The replicas were hated by the film crew because they were completely unreliable. The scene where Ferris hands off the car to the valet had to be shot over a dozen times because the Modena just wouldn’t start.
But the #1 replica wound up back in Modena’s possession, and was auctioned for $235,000.
On a tragic, but educational note, there was one fatality related to the Modena Ferrrari. The company itself. Apparently, they used a ‘real’ Ferrari emblem on the three replicas without permissions from Ferrari. So, Ferrari sued them so hard, they went out of business.