Get Your Fraser Quick Quote 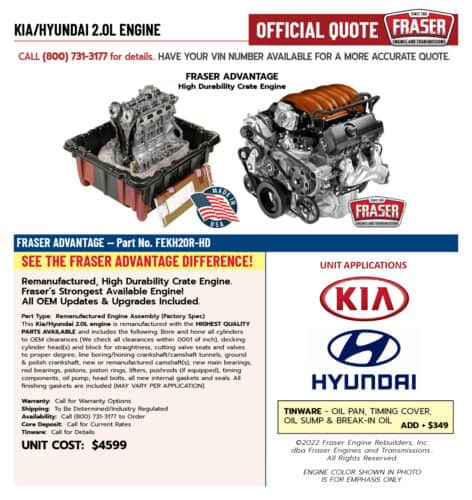 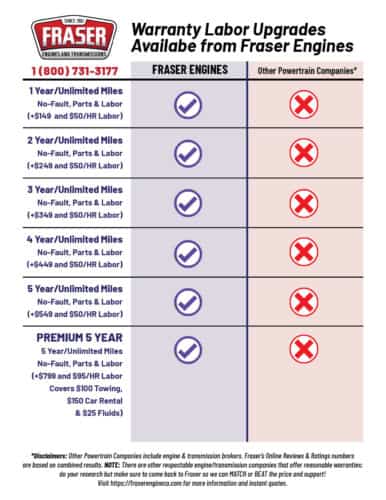 The Hyundai 2.0L (Theta) is a 4-cylinder inline piston engine, designed specifically for cars from the Hyundai Motor Company.

The base engine consists of:

The engine specifications include:

The Hyundai 2.0L first debuted in the
fifth-generation Sonata in 2004, initially in South Korea, before making its debut in North America a year later. It was then used in the second-generation Kia Optima and Carens.

In 2007, Hyundai introduced a new generation of the 2.0L (Theta II), which added CVVT on the exhaust side, as well as increased horsepower and torque. This engine was used in the Hyundai Sonata and Tucson, and the Kia Optima, Forte, and Sportage.

A turbo variant of the 2.0L (Theta II Turbo or 2.0T) was also produced, which changed the CVVT controls from hydraulic to electronic, and increased the horsepower and torque yet again. This engine was used in many Hyundai applications, including the Genesis, Sonata, Santa Fe, and more recently, the Elantra N and Kona N—it was also used in the Kia Optima, Sorento, and Sportage.

Unlike the previous iterations however, the 2.0T has been subject to recalls due to engine failures caused by initial manufacturing problems, but thanks to remanufacturing, the engine is now more reliable than ever before.

Overall, the Hyundai 2.0L delivers a good balance of performance and fuel efficiency.

IF YOU DON'T SEE YOUR VEHICLE - CALL FRASER SALES