Get Your Fraser Quick Quote! 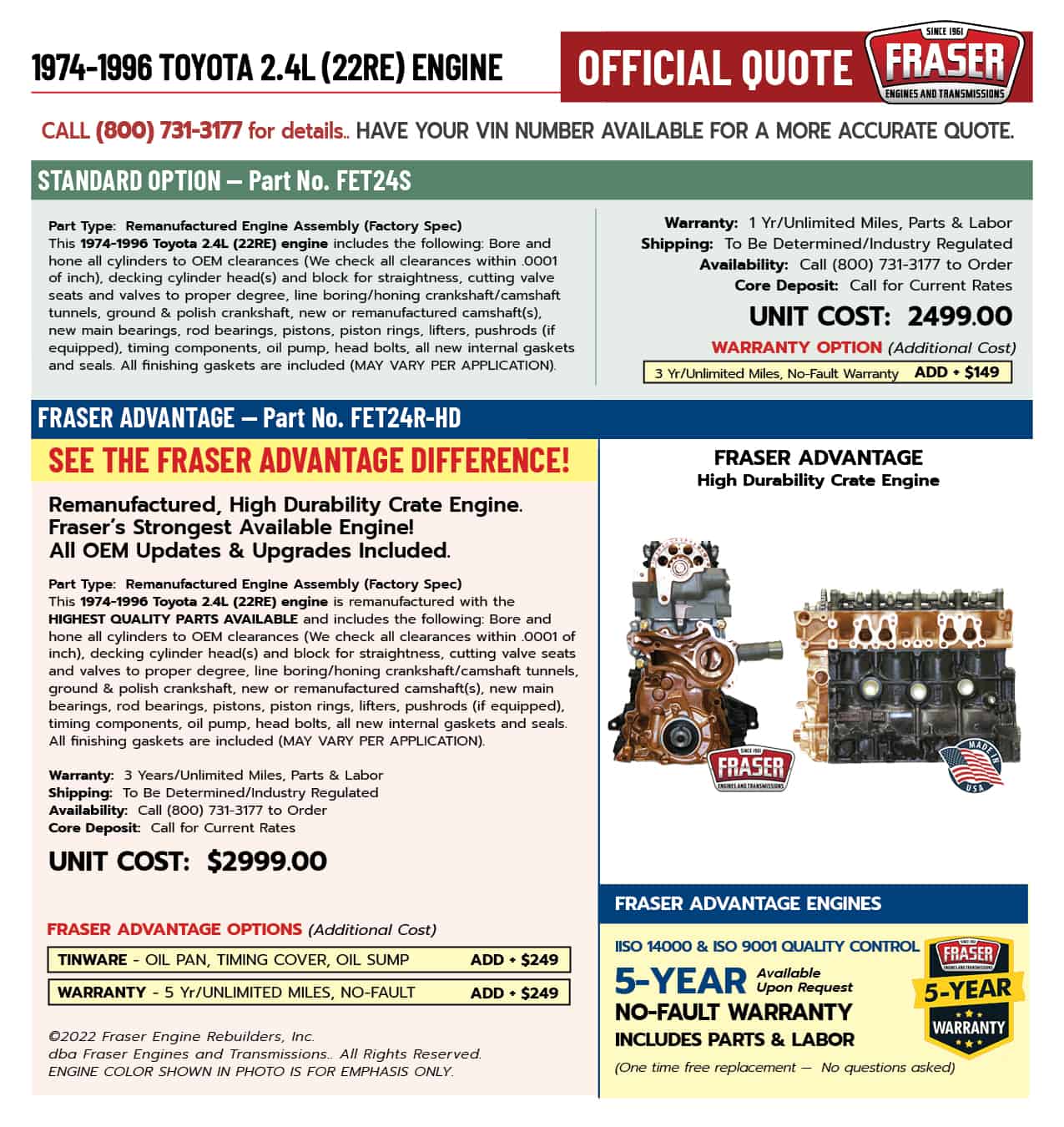 The Toyota 2.4L (22RE) is a 4-cylinder inline piston engine, designed specifically for vehicles from Toyota Motor Corporation. This 2-valve SOHC (single overhead camshaft) engine is built tough, consisting of a cast-iron block and aluminum cylinder heads. It also features a single row timing chain, and a fuel injection system.

The Toyota 22RE has been used in a variety of Toyota applications, including the Calica, Corona, Hilux (Pickup), and 4Runner. Overall, the Toyota 22RE engines are well-known for their durability, fuel efficiency, and torque.